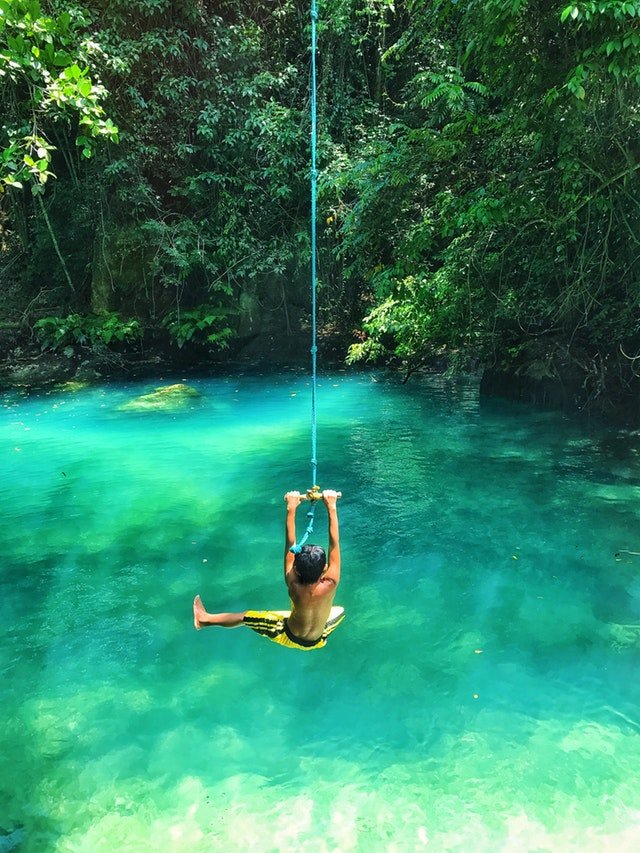 Travel and tourism is the largest service industry globally in terms of gross revenue and foreign exchange earnings. It is also one of the largest employment generators in the world. It has been a major social phenomenon and is driven by social, religious, recreational, knowledge seeking and business interests and motivated by the human urge for new experience, adventure, education and entertainment. Travel and tourism is one of the fastest growing industries and a leader in many countries.

The tourism industry is very important to the Philippine economy given its contribution to job creation and revenue generation. The ratio of tourism direct gross value added (TDGVA) to gross domestic product (GDP) recorded an average of 5.9% per annum for the years 2000-2012. Tourism related activities with the highest contribution to TDGVA include shopping, accommodation services, and food and beverages services.

Tourism employment as a ratio to total employment in the Philippine has been increasing and recorded an average of 10.6% for the period 2010-2012. This highlights the importance of the tourism industry to job creation, as it accounted for 4.2 million Filipinos employed in 2012, most especially in the countryside.

With the continued influx of tourists into the country, employment in the tourism industry increased by 10.4% from 3.8 million in 2011 to 4.2 million in 2012. Employment growth in tourism related activities were as follows: cultural, sports and recreation (49.5%), other tourism related activities (23.7%) and accommodation, food and beverages (15.1%).

The Philippines’ travel and tourism sector performed well during the historic period (2010-2014), with growth recorded in both domestic and international tourist volumes. The main factor for growth in international tourist inflow was the Department of Tourism’s continuous efforts to promote the Philippines as a key tourist destination in the Asia Pacific region, particularly following the natural disasters that hit the country badly during 2013.

As a tourist destination, the Philippines is loaded with the attractions travelers dream of: lots of sun, gorgeous beaches, world class scenery, adventure opportunities, friendly outgoing locals, fascinating history and lots of little roamed territory. Yet for all its advantages, the nation of over 7,100 islands has a big problem attracting travelers.

The Philippines islands are scattered off Southeast Asia’s mainland, making them costly to reach, especially for budget travelers and backpackers who can easily travel overland to tour Cambodia, Laos, Malaysia, Thailand, Singapore and Vietnam.

The Philippines is a volcano, typhoon, flood and earthquake prone country. As the Philippines is already suffering from impacts of climate change such as increase in frequency and intensity of tropical cyclones, sea level rise, flooding, droughts, erosion, coral bleaching, among other impacts, the tourism industry must develop and implement strategies to face the issue.

As per the Manila Times, for the beautiful Philippines to have an attractive, clean and healthy tourism industry, much effort has to be done in eradicating the tarnished image made by the influx of thousands of single men seeking sex. The op-ed detailed tragic stories of underage Filipinas being sold into sex trade to accommodate foreigners.

The country also rates poorly in factors such as flight frequency and capacity, airport infrastructure, the number of international gateways in the archipelago and a hospitable aviation policy. People who do not arrive at the country’s main international gateways face inadequate air, sea and road connectivity to reach their holiday destinations.

As per report by the Manila Times, a more benign problem at the root of Philippines Tourism is the sluggish performance, one demanding a seemingly simple solution.

The Philippines welcomed a total of 4,681,307 foreign visitors in 2013, surpassing the 4,272,811 arrivals recorded in 2012 by 9.56%. This performance marked a new milestone for the tourism industry as visitor arrivals demonstrated sustained growth despite the challenges of the past years.

Koreans remain the biggest market with a 24.9% share in the total inbound visitors or equal to 1.17 million arrivals in 2013. It posted a 13% growth rate by end of 2013. The successful conclusion of air services agreement in this market has contributed to an increase in flight frequencies in the country’s key international gateway.

Flying is the preferred mode of transport in Philippine as the country is an archipelago consisting of over 7000 islands. Revenues of airlines industry totaled PHP 301.9 billion in 2014, a decline of -3.9% over the previous year. The fall was due to a significant decline in the number of tourists from South Korea, the largest source of inbound tourism to Philippines, due to safety concerns. On the whole, revenues increased marginally at a CAGR of 0.91% during the historic period.

The country’s tourism industry surged by 17% in the first 9 months of 2014, even as travel advisories slowed down the growth of tourist arrivals between January and September.

Compared to other ASEAN countries, the Philippines share to total ASEAN tourist arrivals is low at 5%. Malaysia has the highest share at 33%, followed by Thailand and Singapore at 22% and 16% respectively. The proximity of Malaysia and Singapore facilitates cross border movements, which partly explains the high tourist arrival in these countries. The spending mostly came from accommodation services, food and beverages, shopping and entertainment and recreation which together comprised 92.6% of total inbound tourist spending in 2012.

For the first four months of 2015, revenues from tourism activities of international visitors grew by 2.81% amounting to PHP 77.14 billion from PHP 75.03 billion recorded last year. For April alone, visitors’ receipts amounted to PHP 18.18 billion, expanding by 4.80% compared to the previous year’s earnings of PHP 17.34 billion. Average daily expenditure of international visitors for the month of April 2014 was recorded at PHP 4,675.42, while the average length of stay was registered at 10.41 nights.

Based on the 2012 Household Survey on Domestic Visitors, an estimated 25.7 million Filipinos who are 15 years old and above had traveled to any place within the country from April to September 2012. These represented 39.2% of the total Filipinos who were 15 years old and over in 2012. The proportion of female travelers (52.2%) was higher than the male travelers (47.8%).

98% of the total domestic travelers had arranged for their own trips. Those who availed packaged tour accounted for only 1.3%. ON average, a domestic traveler had two trips during the past six months.

The main purpose of their most recent trip for a larger percentage of travelers (41%) was to visit friends or relatives or attend family gatherings. The other commonly cited purpose was for pleasure or vacation with 36.7% of domestic travelers citing such reason.

Six in every ten (60.3%) of the domestic travelers did not stay overnight in the places visited during their most recent trip. Those who stayed overnight accounted for 39.7%.

Economic contribution and its future perspective

Visitor exports are a key component of the direct contribution of Travel and Tourism in 2013. Philippines generated PHP 221 billion in visitor exports. By 2024, international tourists’ arrivals are forecast to total 7,880,000 generating expenditure of PHP 455.7 billion, an increase of 7.3% p.a.

The inclusion of tourism as a major pillar in the Medium Term Philippine Development Plan (MTPDP) 2004-2010 has given priority to the tourism sector by promoting the Philippines as a key tourist destination and investment site. The government revealed The Philippine National Tourism Plan (NTDP) to outline a strategic framework and provide an action plan to guide the Department of Tourism and other stakeholders to develop tourism sector during 2011-2016. One of the key areas of focus during NTDP 2011-2016 will be to increase connectivity between the Philippines and its major growth markets such as China, and increase the capacity of secondary international airports.

The Department of Tourism launched a new campaign “Visit the Philippines Year 2015” through its marketing wing Tourism Promotions Board. The campaign was introduced in 2014 with the objective to attract 8.2 million visitors in 2015. The DoT is targeting private tourism stakeholders to take part in the campaign and through these, it wants to attract visitors.

Tourism Secretary Ramon Jimenez said that the government is spending about PHP 12 billion on tourism related infrastructure that facilitate access to tourism spots in the archipelago’s over 7,100 islands. An infrastructure focused fund for the sector has been set up to reach the goal of increasing foreign tourist arrivals to 10 million by 2016.

Almost 4.2 million tourists visited the Philippines in 2012, breaching the 4 million mark for the first time despite the tourism department’s meager budget for marketing and despite the delays in bidding airport projects near tourism spots.

The Philippines expect the tourism sector to account for as much as 18% to 20% of the country’s total employment by 2016.

Poverty in India on the Decline or Is it?

Fri Jun 30 , 2017
Definition / Scope According to the definition by Planning Commission of India, “poverty line is drawn with an intake of 2,400 calories in rural areas and 2,100 calories in urban areas. If a person is unable to get that much minimum level of calories, then he/she is considered as being below poverty […] 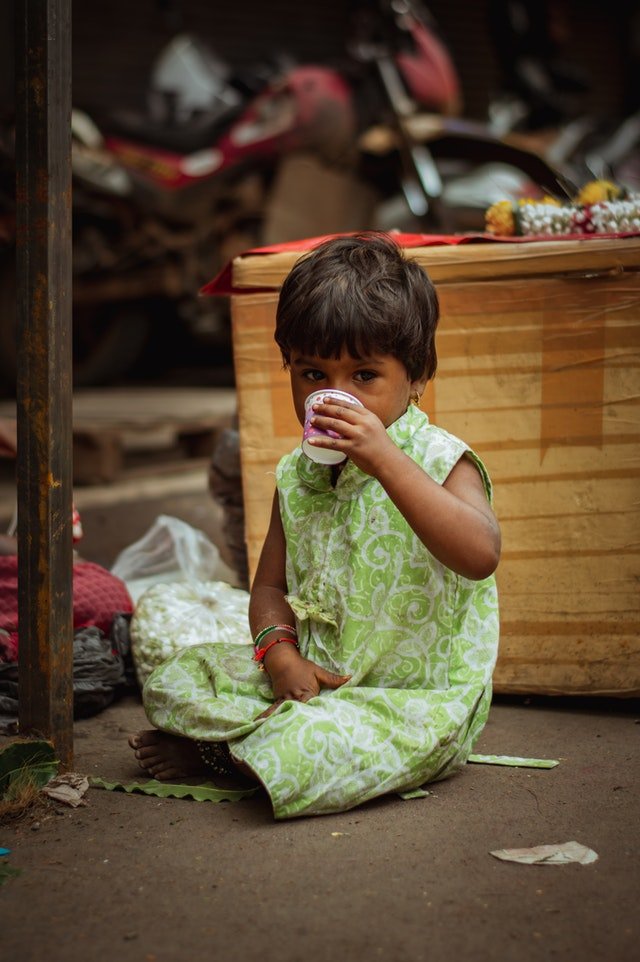