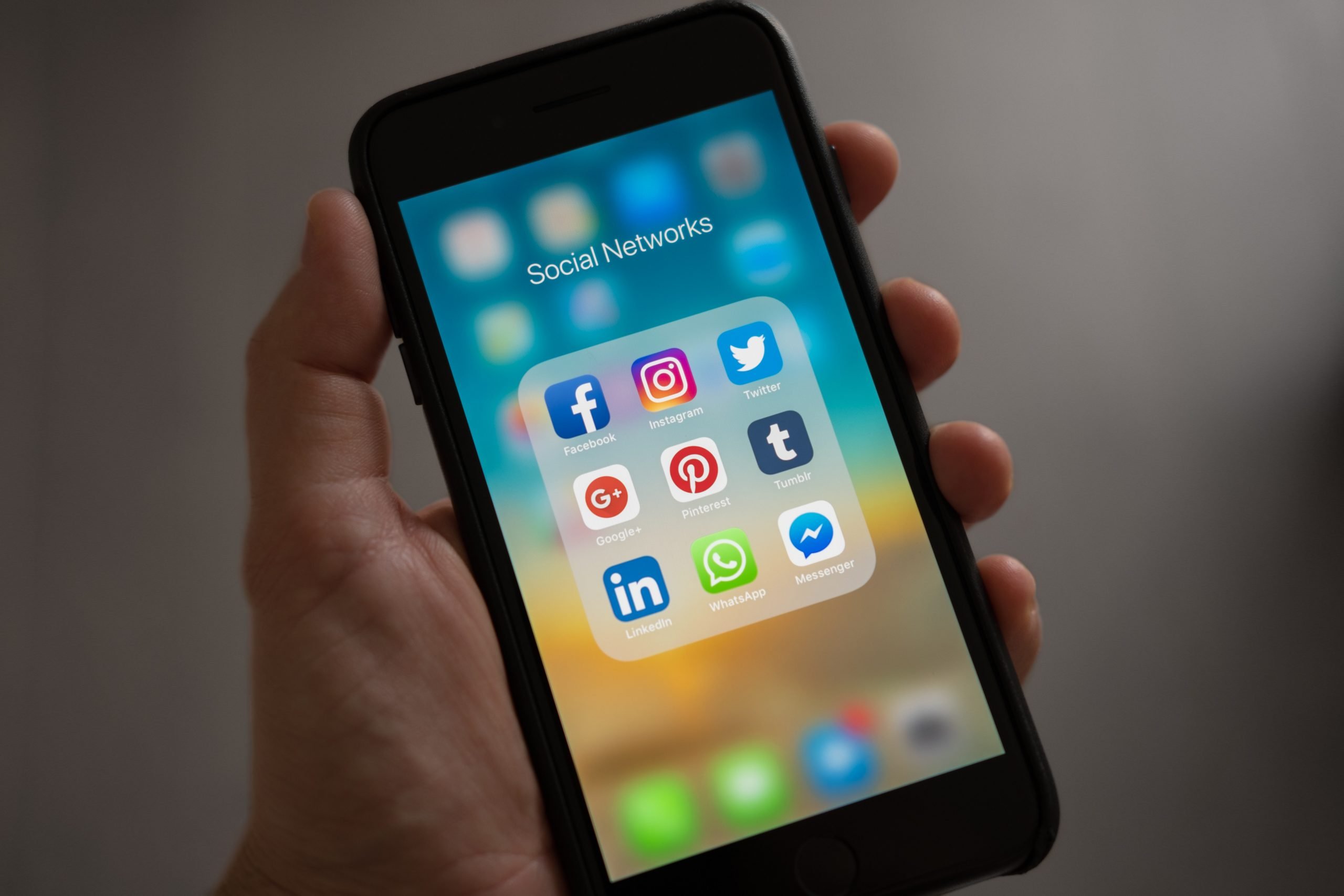 According to Reogma Market Insights, the number of global social media users has more than doubled since January 2016, with more than 1 billion new users gained in the last three years alone strongly suggesting that the superlative growth of social media as an indispensable for the internet community thus, social media has evolved into a must-have marketing tool for SMEs that aids in the understanding of user behaviour, tastes and habits, allowing marketers to gain insights into the behaviour and trends of social media users. Entrepreneurs and small and medium-sized enterprises (SMEs) are increasingly turning to social networking platforms to promote their businesses because it allows them to reach a broad audience while generating great benefits.

If we go by stats from Reogma Market Insights, it is found that 80 per cent of searches made on social media end up becoming a purchase, thus certifying it as an extremely effective medium of advertising.

How can SMEs leverage social media?

Social media platforms such as Facebook, TikTok and Instagram have successfully developed themselves to become another medium for commerce. For instance, Facebook offers a feature called Facebook Shops where SMEs can easily set up a single online store for customers to access on both Facebook and Instagram. Businesses can select products from their catalogue to feature, then customise the appearance and feel of their store with a cover image and accent colours that reflect their brand. This implies that every seller, regardless of size or budget, can take their business online and engage with customers wherever and whenever they want.

WeChat and WhatsApp have their own payment platforms, where users are able to make financial transactions such as taxi fare payments and purchases from e-commerce platforms. WeChat Pay boasts 1 billion commercial transactions per day. There are 50 million active merchants currently in the platform. Whereas WhatsApp Pay has started operations in some of the key markets such as India and Brazil and has already 25 million users in India. Facebook has also launched its payment platform, Facebook Pay, where it aims to serve transactions for its users based on Facebook, WhatsApp and Instagram.

Social media is a great playground for recruiters. Recruiters and job seekers frequently use social media platforms such as Facebook, Twitter and LinkedIn. Recruiters and hiring managers frequently utilise these platforms to assess prospects because they are effective for showcasing new job postings and identifying individuals, making them a vital tool for the business.

There are two upcoming trends that SMEs should pay attention to:

Video makes up a large portion of social media content these days. They are a feature on all major social media platforms in the form of short video “stories”. Video has a much higher level of viewer engagement and retailers are taking note. TikTok is already being used by several internet businesses to sell their products. Videos are able to show the products in action, which could attract more consumers to purchase them. Similarly, some businesses are already using Snapchat shops and Instagram Reels to sell their goods.

Livestreaming is another video format that is gaining popularity. It is a low-cost and low-tech way of attracting a large number of viewers. Brands who use livestreams to show off their products are able to instantly connect with their target audience. Consider it as the 21st century version of teleshopping. Facebook and TikTok are two major participants of retail livestreaming. While this notion is prevalent in China, the livestream retail sector in the United States is still in its infancy.

At the moment, Facebook has begun testing a new function called Reels that is already available on TikTok. Merchants will be able to tag products in their videos and users can then tap on these tags to purchase items without ever leaving the platform. With Facebook now implementing TikTok-style features across all of its social apps, it is expected to raise its social commerce prowess through video content in the second half of 2021.

In the coming year, AR will be offered as a powerful social media marketing tool. Brands and influencers will be able to leverage AR technology to create an immersive shopping experience for end-users. Product tagging will be available on Instagram Live, Facebook Live, IGTV, Snapchat, TikTok and other platforms. Shopping will be easier than ever before. Users will be able to view what they like on Instagram stories and purchase the item right then and there, simply by tapping on it.

Which social media platform suits you the best?

With over two billion users, Facebook holds the title of most popular social networking platform. Facebook’s tailored advertising function allows businesses, whether business-to-business (B2B) or business-to-consumer (B2C), to easily access their target demographic based on their profile and interests.

Facebook is most suited to businesses in the fashion, entertainment, health and news industries, with over 75 per cent of its users being above the age of 25 with interests mainly on the above-mentioned areas.

However, for businesses with a target audience of people under the age of 25, Facebook is not suitable.

Instagram is an ideal social media platform for businesses that sell lifestyle and fitness products or services, such as travel agencies, cosmetics brands, and food and beverages. The platform is known for its visual aesthetics and a relatively young user base under the age of 35.

Instagram is best suited for B2C businesses, as it helps target individual and millennial customers.

While Twitter, like other social media platforms, allows for sponsored advertisements and promoted tweets, it is one of the few places where businesses can establish a huge following and brand exposure without spending money on advertising. After all, Twitter is famous for its hashtags and constantly updated “trending” feature.

Fortunately, Twitter is effective for both B2B and B2C companies. Technology, retail, tourism and finance are among the best-performing industries. Furthermore, Twitter is known for bringing businesses and clients closer on a more personal level, effectively building trust.

LinkedIn is a business-oriented platform that prioritises networking above socialising. It is an ideal platform for generating B2B leads and looking for employment. The majority of LinkedIn users are over the age of 30. However, the network has seen a surge in the number of younger users over the last year.

LinkedIn’s most powerful feature is its networks, which are heavily populated with hashtags and paid advertisements. Connecting with employees, employers and Chief Executive Officers (CEOs) of companies and start-ups is an excellent method to establish professional ties with potential clients.

Pinterest is frequently underestimated despite its enormous potential. While Pinterest is mostly used by B2C businesses, it can also be used by B2B enterprises if their target demographic is small firms owned by young women under the age of 45. According to Reogma Market Insights, 93 per cent of pinners use Pinterest to plan their purchases in 2020.

Pinterest marketing and brand growth, like Instagram, is highly reliant on aesthetic and shareability. As a result, it is ideal for businesses in the travel, beauty, event organisation and fashion industries.

Users’ decision-making processes are now being influenced by social media. Some people base their selection on online reviews and blogs. Social media is an important and unique tool that SMEs should embrace given benefits such as increased exposure and brand awareness, as well as greater interaction with prospects and customers – all of which contribute to the success of a business. The current pandemic has shown businesses that a connected world is the way forward to enable growth. 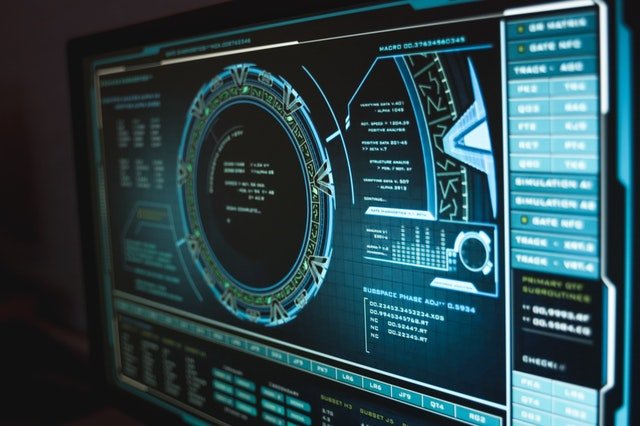