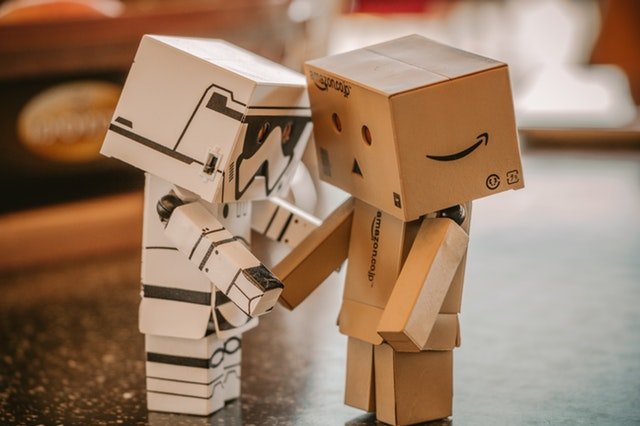 Globally, China is the hot spot of Robotics activity and seems to be witnessing the fastest growth in the industry. According to the China Robot Industry Alliance, about 37,000 robots were sold in China in 2013 making it the world’s biggest buyer of robots for the first time defeating Japan.

Although almost three-fourths of total robots were manufactured outside China, there has been explosive growth in the number of domestic robot manufacturing companies lately which is poised to witness fast growth in the coming years.

According to the International Federation of Robotics (IFR), China is expected to have maximum number of robots operating in its production plants by 2017 as compared to any other country. The industries driving this growth are automotive and electronics sector.

Currently automotive is the dominant sector while electronics segment is expected to gain traction in coming years.

According to ISO 8373, an industrial robot is defined as an automatically controlled, re programable, multipurpose manipulator programmable in three or more axes, which may be either fixed in place or mobile for use in industrial automation applications.

A medical robot is a robot that allows surgeons greater access to areas under operation using more precise and less invasive methods. They are in most tele manipulators, which use the surgeon’s actions on one side to control the “effector” on the other side.

They are mainly of 3 types – Surgical robots, Rehabilitation robots and Biorobots.

Industrial robots are installed in assembly lines in the production plants of various industries where by they replace the repetitive tasks otherwise done by manual labor. This automation seems to improve the overall efficiency of the entire process there by speeding it.

Since long China has been a source of low-cost manual labor, but wages have been rising 10 percent annually over the past decade while at the same time the cost of robot production has dropped by about 5 percent a year.

As a result China has embraced the industrial automation aggressively.

As per the International Federation of Robotics, China became the world’s largest industrial robotics market in 2013 garnering more than 20 percent global market share.

Further between 2008 and 2013, total supply of industrial robots increased by about 36 percent per year on average in China.

More than 75% of robots were imported from other countries in 2013. Japan continued to be the leader in shipments followed by other European and U.S. manufacturers.

The automotive industry is currently the largest robots consumer accounting for about 40 percent of robots in operation, as China is both the world’s biggest car market and its biggest production site. In future electronics industry is poised to drive the growth further.

Though the growth in China for industrial robots appears to be the highest, currently the country has low robots density (number of robots per 10,000 people) as compared to global average and lags far behind the countries like South Korea, Japan and the US.

According to the International Federation of Robotics (IFR), China is expected to have maximum number of robots by 2017 and is expected to be way ahead of the countries at second and third position.

Due to a rapid growth of the industrial-robot market, there are many new domestic and international entrants that can provide industrial robots, but it seems that a price war is underway; companies cannot continue to just manufacture robots because of the high cost of components, low profit, and competition from major international suppliers.

Industrial robots cannot be used without programming and debugging, hence specialist knowledge is important. The major international suppliers are familiar with the automotive industry; they do not have the specialist knowledge for other industries. New entrants need to find a niche market that major international suppliers neglect and offer the total solution at a low cost.

Even though China’s workforce is shrinking, and with the rapid rise of automation over the last five years, China has less number of robots and hence it will be a few years before robots have a significant or detrimental impact on the employment market.

As of now, the automotive industry is the main driver of the Chinese industrial-robot market but in addition to it there are other industries which are showing great opportunities. The consumer electronics and electronics/electrical industries are labor-intensive.

These industry is ripe for automation as the markets in these industries are predicted to grow the fastest at a CAGRs of 20.2 percent and 18.0 percent, respectively from 2012 to 2017.

The food & beverages, personal care industry are also labor intensive ad they have strict health & safety regulations. Food/beverage plants have been using parallel robots for handling goods quickly. The market for parallel robots used for packaging in the food/beverage industry is therefore going to be an area of high growth.

In the food industry, the focus lies on speed rather than precision. Further this industry is most immune to economic uncertainty as food will always be required. Hence it proves to be a very lucrative option for many robot manufacturers.

Medical robots also appears to be a very big area in China due to large number of healthcare investments and increased patient acceptance of robot-assisted minimally invasive procedures for the treatment of neurological, orthopedic, and gynecological disorders.

The drivers for increase in industrial robots in Chinese market are the increased availability of investment for manufacturing facilities, mainly in the automotive industry. Other factors like rising labor costs, increased concerns for safety, transforming and upgrading enterprises, technological advances, increasing demand for high-end quality products, as well as decreasing application costs are expected to trigger rapid developments.

Even though it is witnessing fast growth but it is still way behind other developed countries in terms of number of robots. China has just 30 robots per 10,000 workers employed in manufacturing industries, compared with 437 in South Korea, 323 in Japan, 282 in Germany and 152 in the United States. And the majority of robots are imported by other countries with Japan being the leader followed by European ad US companies.

But now as a result of Government efforts, China is right on its way to be a big robot manufacturing center with the number of units increasing rapidly. About 420 domestic robotics companies have established in China and on average 2 companies gets added every week.

The country is also experiencing a high VC funding activity as by 2014 mid-summer, 54 listed Chinese companies had already invested in robotics firms, of which 80 percent were first-time investors, causing the number of robot stocks to nearly triple since July 2012.

Leading car making companies are establishing their production units in China and this along with the wage inflation that has eroded the competitiveness of Chinese labor is expected to push the operational stock of industrial robots to more than double to 428,000 by 2017 as per IFR estimates. European car makers such as Volkswagen and Daimler have invested heavily in China by bringing their robotics suppliers with them.

Taiwanese contract manufacturing giant Foxconn, which makes Apple iPhone and iPads among other products, is already in the process of making its own Foxbot robots to automate its assembly line processes and make the operation more efficient. Four major foreign robot makers — Switzerland’s ABB, Germany’s Kuka, and Japan’s Yaskawa and Fanuc — already have production sites in China and more are expected to join the league.

In 2017, China is expected to be housing maximum number of robots in the world mainly driven by automotive industry (most dominant currently) and electronics sector (expected to grow the fastest).

Besides that, industries like medical and F&B are likely to develop a strong demand for robots used in their services division.

Major robot manufacturing companies are setting up their production units in China, which is expected to give more thrust to growing industry. In addition, there appears to be a growing demand for self-driving cars, delivery drones and even robot journalists in future.

In spite of high growth, the Chinese industrial robot market is still dominated by foreign companies, which sold more than 27,000 units of industrial robots in China in 2013, 74% of total sales volume, of which ABB, FANUC, Yasukawa Electric and KUKA occupied 65% or so, and nearly monopolized high-end fields like industrial robot manufacturing and welding.

Some of the major players operating in this segment are

ABB: It continues to enhance its exposure in the Chinese market and has introduced 10 robots; in 2014, ABB Engineering had entered into an agreement with Zhongyeda Electric on cooperation in robot field.

YASKAWA Electric: In Jun. 2013, Yaskawa (China) Robotics Co., Ltd., a new factory with total investment of USD48 million went into production, and manufactured mainly industrial robot and robotic systems, with designed annual capacity of 12,000 robots and 3,000 units for the time being.

KUKA Robotics: In Mar. 2014, the robot plant located in Shanghai started operation, with designed annual capacity of 5,000 units, one third of KUKA Robotics’ total output. (7) Kawasaki Heavy Industries: Kawasaki Precision Machinery (Suzhou) Ltd. began construction in Dec. 2013, and is scheduled to be put into production in Apr. 2015, with initial capacity of 2,000 units, manufacturing mainly robots for automobile welding and parts handling. It is expected that the capacity will be lifted to 10,000 units by 2017.

Anhui Efort Equipment: In Dec. 2013, the industrial robot industrial park project with INVESTMENT of RMB2.2 billion started building, and is planned to go into operation at the end of 2015, developing annual capacity of 10,000 industrial robot bodies, core parts and peripheral equipment. In Nov. 2014, the company cooperated with Italian CMA to enhance spray painting robot business.

Government intervention and focused efforts are helping the industry to grow, but small manufacturers are growing at a frantic pace and coming up like mushrooms. Everybody appears to be joining the race as it appears to be cool and sexy. If not controlled with a proper planning it is expected to create bubbles in the overall growth and development.

Chinese government needs to strengthen its efforts to impart skill based education to future manual labors as after the intervention of robots in the production units, demand for skilled or semi-skilled labor is likely to increase. Focus should also be channelized towards foods & beverages and medical fields in addition to the already booming automotive sector as these areas appear to be the goldmines in future.

Apart from robotic workers in manufacturing industries, there is a growing demand for self-driving cars, delivery drones and even robot journalists in future. But to successfully implement all these roles there needs to be proper and well-defined rules and regulations in place. Government intervention is expected to be crucial in this regard. 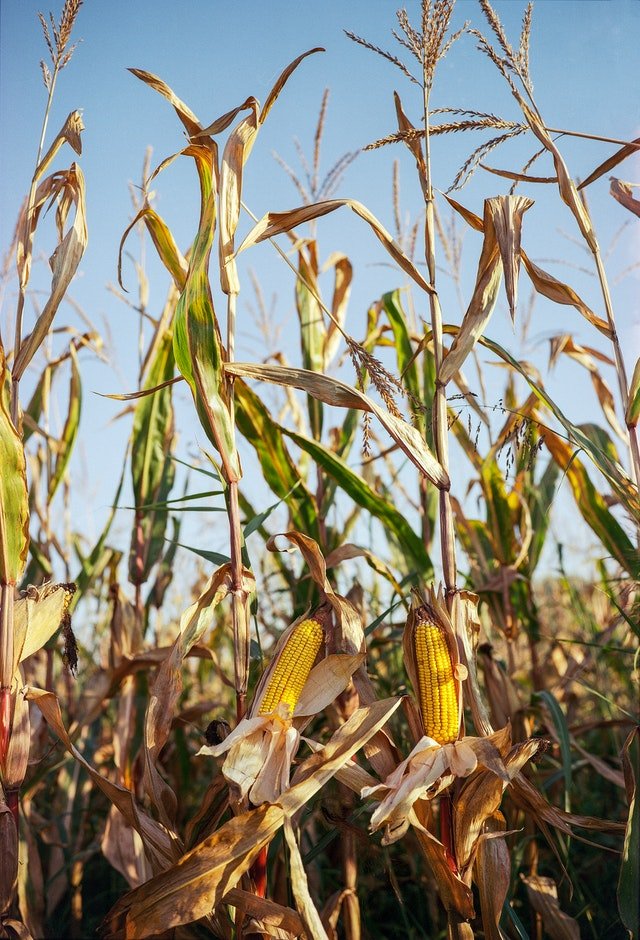