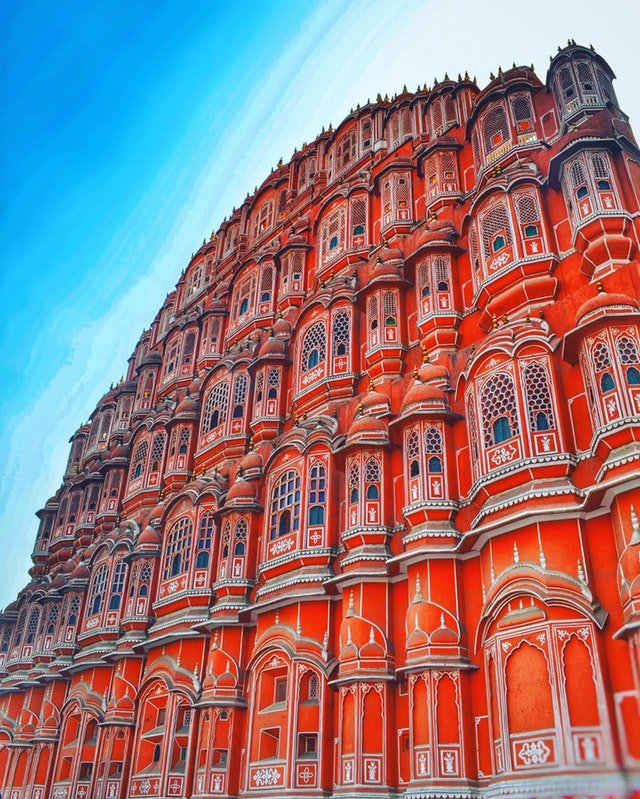 In the ancient times travel used to be for recreation and education mainly. Later on the privileged class traveled for pleasure.During the early 1920s tourism was also known as Fremdenverkehr- a term that emerged in Germany, dealing mainly with business and economic problems.

For example Herodot during 485-424 B.C was a writer who loved to travel across continents and initiated the first type of knowledge travel. Around 300 A.D Romans traveled for pleasure more so due to good road network.

The medieval times saw travel mainly due to business or craft. European educational institutions like in England, France and Italy became famous. The foundations of modern tourism were laid in the late 19th and early 20th century when the socio economic factors of the developed world played a major role in leisure travel.

Though railways were not developed for the sole purpose of tourism, yet it became more popular among the rising middle class of the world especially among the travelling writers, journalists, artists etc.

Various instruments came into existence that enhanced tourism among masses like guide books, Cook’s contribution to opening up of travel agencies. During the first world war the concept of providing the workers a break from their usual work came into being.

However the growth of tourism after the slump of World wars started slowly as the economies started developing and opening up to the world. Today tourism is a major  means of earning for many nations including India and has newer nuances to it like experience related holidays, club holidays, traveler groups breaking away from traditional holiday purposes.

In the last five to six decades many countries have opened their doors to tourism and hence it has become one of the main elements in the economic progress of the countries worldwide. Its one of the fastest growing economic sectors in the world.

The emerging economies are expected to increase tourism during this period twice the rate of developed economies. Asia and the Pacific have shown stronger growth ( 6%) in 2013 than Europe and Africa.

This is followed by the Americas while the Middle East recorded the least growth. China has spent $129 billion USD on tourism and has emerged at the topmost tourism source market in the world. As per the data of UNWTO 2013, more than half of travelers traveled by air while 40% or so by rail, 2% by rail and 5% over water. Air transport is growing at a much faster pace than the other means.

India needs to work on multiple factors that pose threat to India as a lucrative tourist destination.

While an abundance of temples and historical monuments in the North of India, wild life sanctuaries, Himalayas, the varied flora and fauna are a fertile ground for eco tourism, vacationing and the like.

For example the Himalayan terrain like in Himachal Pradesh and Kashmir help promote the medical and health tourism, to spend an ideal Summer or a ground for Adventure sports in the mountains.

As per the expert reports the main drivers of tourism in India can be divided into domestic growth drivers and international growth drivers.

The domestic market drivers are mainly the changing lifestyles of middle class, more disposble incomes and purchasing power and better route connectivity while the international ones are: a value for money destination that is India, variety of purposes that can be fulfilled starting from an open economy, business as well as pleasure, better connectivity of Indian air routes to other countries, Incredible India presented as a lucrative brand to invest in, government initiatives and policies that help inbound tourism, India being a host for major international events like sports.

65% of Indian population fall under a young age group of 18-55 and are more open to new destinations. Diverse product offerings of tourism industry are driving different sections of the society into the industry.

The availability of credits and easy financing has enhanced the growth. In 2013 the FDI in tourism has been USD 3.2 billion hence boosting the same. Government has initiatives like 100% FDI in order to further boost this industry.

There are many constraints that in spite of the initiative taken by the investors and govrnment of India might hamper the growth of tourism in India, especially the domestic and inbound tourism. For example:

In terms of profile of the tourists in northern India, mostly they are domestic and only 2% amount to foreign tourists. The highest number of tourists visitng from outside the country in the northern states are from USA and UK followed by Germany, UAE and Japan. Thus multiple language information other than just English might boost the numbers.

Himachal Pradesh and Punjab are destinations for leisure and vacation while Delhi and Haryana are mostly visited for business. The business and work related travel are generally shorter hence the state governments need to work on the infrastructure to increase the leisure stays especially during the peak as well as off-peak seasons.

At present in India travel and tourism is the largest service industry growing at a rate of 7-8 % per annum Growing disposable incomes, better airfares and connectivity has boosted the industry.

The international tourist arrivals are expected to increase from 7.3 million in the year 2014 to 13.5 million approximately in the year 2023 and the expenditure by foreign tourists is expected to rise at 4.3% every year till 2024 amounting to 1740 billion USD.

Types of tourism prevalent in India

India is a land of diversities including geographical diversity, regional and cultural diversity. Thus there are different purposes that every traveler can choose from while visiting this nation.