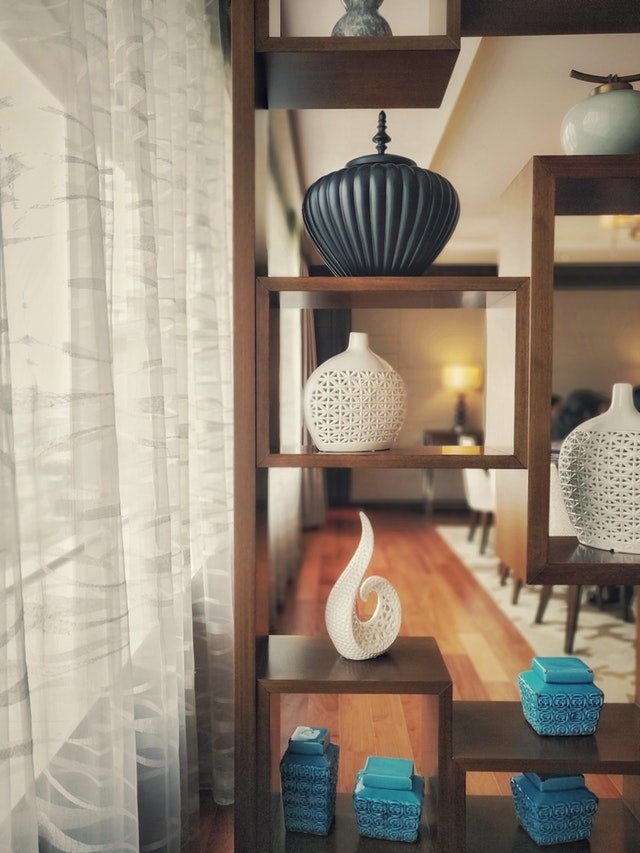 The global luxury market is showing a consistent rate over the years.

Luxury goods can be characterize by premium quality, craftsmanship, exclusivity, reputation and which are easily recognisable. Global luxury retail sales may reach $405 billion by 2019, expanding 3.6% annually, according to Euromonitor.

They tend to satisfy the social as well as the psychological needs of the owner. These luxury products range from hand luxury items such as watches, jewellery to fashion products, bags and cases, utility gadgets, vehicles, interior decoration products- to name a few.

The main factors responsible for the considerable growth are:

The global luxury market exceeded €850 billion in 2014, enjoying healthy growth that was driven primarily by luxury cars and hospitality. the

The figure 1 shows growth in the personal luxury goods markets, which includes jewelry, watches and leather goods as well as fashion and perfumes, slowed to 1-2% from 3% in 2014. It is now worth €253bn.

Back in 2011, 2012 and 2013, the market grew by 13%, 5% and 6% respectively in Asia. The figure 2 shows the increase in the African wealth, luxury goods makers may target openings beyond Nigeria and South Africa, which account for 86% of Africa’s directly-operated luxury stores.

To enter into emerging market such as the African continent, building brand awareness through a well-known local partner or reputable local business is a key to a profitable investment for luxury brands.

New mall openings, Abu Dhabi’s ambitious new transformative projects and additional retail space made available would help the luxury market to bounce back and the growth would be much slower in comparison to the previous years.

Eastern Europe remains weak despite the improving situation in Russia, with Moscow pulling the weight of the Russian region, thanks to unexpected Chinese tourism flows.

Europe has and still remains the destination choice for luxury products. The American market experienced a turbulence during the recession as retail value sales of luxury goods slowed down during this period and as restrained demand from the recession began to disappear in the following years, the market bounced back to a more organic mode of growth by 2013 and is increasing in 2014 and 15.

The figure1 shows the market potential for the African market. From the map one can understand the contribution of Africa to the global sales revenue of luxury goods; negligible but recognizable. One cannot describe the contribution of global luxury market without mentioning the Middle Eastern countries which lately has been the catch for all the leading luxury brands.

Investment in transport and infrastructure, hotels, offices and residential units have provided strong foundations for further growth in the luxury sector in the region. London has become the world’s third largest city market for luxury goods according to Bain & Company.

An analysis of European tax-free shopping data, conducted in partnership with Global Blue, shows Chinese tax-free purchases increased by 64%, particularly among the accessible and aspirational luxury segments, thanks to a weak Euro.

Americans also increased their tax-free spending in Europe by 67%, aimed largely at the high end of the luxury spectrum. Meanwhile, Russians cut their European spending by 37%, and spending among the Japanese in Europe also withered by 16%.

African Global luxury retail sales may reach $405 billion by 2019, expanding 3.6% annually, according to Euromonitor. The main factors responsible for the considerable growth are:

The World Bank projects that Sub-Saharan GDP will rise 5% on average per year until 2017.

The UAE, Qatar, Saudi Arabia and Kuwait are extremely dynamic markets offering high growth potential. Visitors to Dubai and Abu Dhabi are attracted by luxury boutiques, high-end hotels and iconic shopping malls, such as the Dubai Mall, Mall of the Emirates and Galleria Mall in Abu Dhabi. Iconic luxury brands retain their leading position in the UAE and attract residents and tourists alike.

Shoppers in this region are splurging less on designer clothes, handbags, jewellery, fragrance and other prices goods. Europe lifted the high quality design market, which saw its second year in a row of solid growth with a 4% increase, boosted by favourable currency movements and the historical role of Italian & German players.

France and Italy performed well in retail but not progressing on the wholesale and tourist areas. Following them are Spain, UK and Switzerland- who have hold onto their strengths like tourism, luxury accessories and bags, and switch watches, respectively.

Europe has been a close second (33%) to its counterpart US (34%) in luxury goods sales all over the world. Germany holds the first place amongst the European countries as proving to be the most solid market for both retail and wholesale, locals and tourists.

The spending in the luxury market has improved post 2013 – mainly due to high demand from domestic consumers as well as wealthy international tourists shopping for luxury in the U.S.

The sales growth of luxury goods has also seen a growth due to the increase of women’s spending on products especially in categories such as luxury bags and accessories – which can be clearly proved from the fact that the US employed female population totaled 69 million in 2014 and is expected to reach 55 million by 2030.

The number of African millionaires is growing faster- increasing by 145 percent over the last 15 years through 2014, according to research company New World Wealth, but failing crude oil prices have hurt wealthy Nigerians and Angolans.

The main reason has been mainly due a reduction of tourism spend in the Arab countries. The drop in the value of some currencies against the US dollar, coupled with the fall in oil prices, has made it expensive for travelers to spend their money in the emirate.

Asian markets have become vital for the growth of luxury brands in the recent years . The Asian market is quite diversified with different countries having different perceptions of buying luxury products for instance – India, China, Japan, Indonesia, South Korea, Australia and New-Zealand in comparison to the western world.

African stable growth was driven by increased demand from foreign visitors to the country, who took advantage of the weaker currency, which made some products relatively cheaper than those found in their respective home countries. Makers of the world’s most expensive goods are counting on Africans to spend their rising disposable income on $4,000 handbags and $2,500 bottles of champagne.

USA ranks 2.6 times higher in value sales than second largest market Japan, which has an estimated value of US$30 million for the same year. The Latin American markets are outperforming, with Mexico maintaining momentum with both locals and tourists, and Brazil enjoying a positive trend due to the repatriation of Brazilian spending for the weakening BRL. According to Bain and Company.

The main factors responsible for the considerable growth are:

Out of the pack of the Middle Eastern countries, Dubai is the biggest magnet in the Middle East, capturing around 60% of the luxury market in the UAE and 30% across the Middle East has it has been able to attract foreign luxury consumers from the United States, Asia and Europe, in search of a wealth of luxury items and experiences.

The Asia Pacific region accounts for over two-thirds of global luxury goods market (Asia turned over some $90bn) in luxuries in 2014) and the same is expected to account for nearly half of total the total global luxury goods sales in the coming years.

The African continent has seen an improvement in its economic growth since the turn of the century due to an improvement in the business environment and capital investments thus leading to an increase of the African consumer’s wealth profile – and is continuing to draw the attention of luxury brands who are in search of emerging and frontier markets. Management consulting firm Bain and Co. estimates that Americans spent $73.3 billion on luxury goods last year—more than consumers in Japan, Italy, France and China combined.

The Global Luxury is going to show growth in the coming future supported by the demand from the people all across the region. The global market is looking for innovation in the luxury market. Asia, Europe and North America are going to be key driver force for the luxury market. 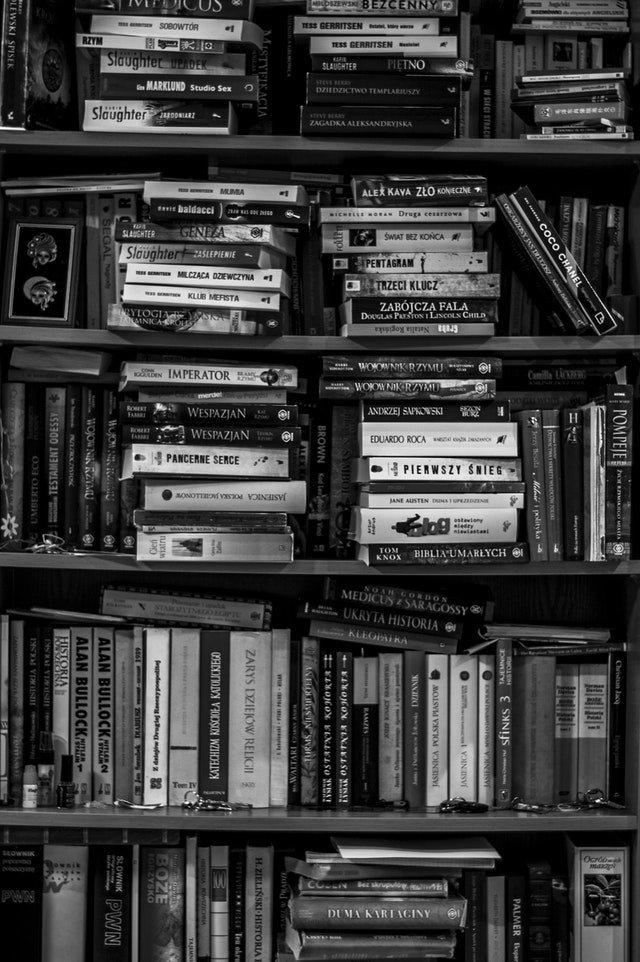