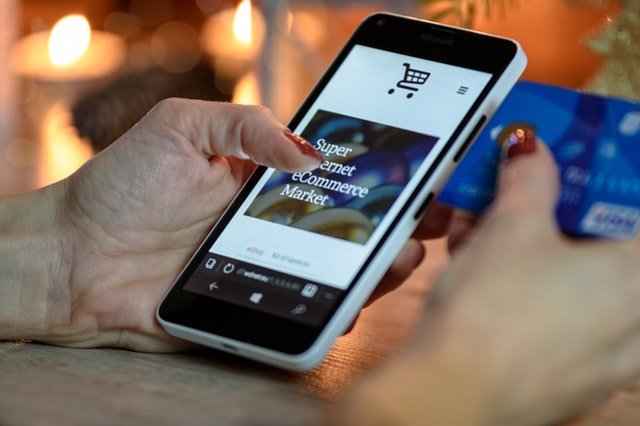 Ecommerce/Digital marketing for consumer brands and e-commerce companies has become the primary marketing channel as more budgets is allocated by brands.

Custom content has increased the imports as companies fight to develop awareness and win customer mind share in the marketplace.

E-commerce is not just growing in china its growth is recognized throughout the world. Everybody in the world is utilizing the complete benefit of ecommerce.

The kind of comfort a customer gets, such as sit at home or on the go and be able to view the products you wish to buy among the thousands of the variety available online and order it from wherever the customer is, and the customer will have the product delivered at the customers door step.

This convenience has attracted a huge volume of the people to adopt the new trend of shopping being where you are. Further this technology has enabled people to buy the products of various brand, quality and designs from different countries, which was not so easy before the ecommerce world.

Further, According to China’s National Bureau of Statistics it was reported as below in the year 2014;

China has the world’s biggest online population of 632 million last year — and online shopping has exploded in recent years as consumers turned to the Internet for cheaper products and overseas goods that are believed to be safer than domestic options, such as baby formula.

Authorities have said they hope e-commerce will become a new “engine” for growth in the world’s second-largest economy, where growth decelerated last year to 7.4% — the lowest in nearly a quarter of a century.

“(Online shopping) generated a great number of jobs. It is an emerging industry and we should support its healthy development,” Chinese Premier Li Keqiang said last year. — AFP.”

As Chinese people continue to choose going online rather than going outside to buy their goods, Chinese e-commerce websites have been cashing in big time. However, in order to retain China’s millions of online consumers, tailoring products to China’s evolving tastes is becoming increasingly important.

Chinese consumer tastes are changing, and along with that, China’s increasingly popular online retailers are shifting their businesses to match preferences. Right now, that means bringing goods from abroad to the doorstep of customers. Fueled by China’s quality control issues, Chinese consumers are increasingly interested in the quality of foreign-made products and the convenience of digital retail.

What to consider for your digital audience

Growth of E-commerce in China

In China’s e-commerce 12th Five-Year Plan (2011-2015), the Chinese government’s Ministry of Industry and Information Technology unveiled policies to make China a global e-commerce leader, in line with China’s transition from an investment-heavy growth model, towards a more consumption-driven model.

Nonetheless, the speed at which the Chinese e-commerce industry has grown, and the way in which it is affecting businesses and consumers has come as a surprise to many: by the end of 2013, China has lead all other countries in B2C and C2C purchases.

Jack Ma, founder of Alibaba, was recently quoted as saying: “in other countries, e-commerce is a way to shop, in China it is a lifestyle”.

This month’s China 360 breaks down China’s explosive e-commerce growth within the business-to-consumer (B2C) and consumer-to consumer (C2C) arenas of particular interest are the home-grown platforms underpinning the rise of on-line transactions, as well as the increasingly important roles of social media and mobile devices. These trends and others are fundamentally re-shaping the ways Chinese consumers purchase goods and services.

This also highlights the importance of knowing exactly who your consumers are, how they make their purchases online, and highlights some foreign and domestic success stories in the market.

The e-commerce explosion in China

A little over a decade ago, China’s path to e-commerce leadership would have been difficult to foresee, even as the tech boom in the US and other markets saw the development of e-commerce as an important B2C and C2C channel.

In 2000, China had yet to develop any e-commerce applications, and had only 2.1 million total internet users. Payment systems and physical delivery mechanisms to facilitate the development of e-commerce transactions were well-developed in other markets, but were simply lacking in China.

Fast forward to the end of 2013: with Chinese internet users quickly approaching 600 million, and e-commerce revenue growth (from 2009-2012) topping 70 percent compounded annually,China is on pace to pass the US and become the largest e-commerce market in the world.

Scope of E-commerce in China

Similar to China’s specialized social media platforms, China has its share of home-grown e-commerce players. Some of these competitors not only occupy a sizable share of the Chinese e-commerce market, but actually handle a greater number of transactions than their more well-known global competitors.

Alibaba is one of those home-grown companies. Perhaps not yet as well-known outside China as Ebay or Amazon, Alibaba is China’s undisputed market share leader of B2C and C2C e-commerce. Alibaba recently reported that the total value of merchandise sold in 2012 was greater than that of Ebay and Amazon combined. By 2016, Alibaba expects to pass Wal-Mart as the number one retail network in the world.

Together, these two giants dominate China’s market, selling everything from Lamborghinis to shoe laces.

However, despite Alibaba’s market position, the e-commerce market in China is large enough for other competitors and niche players to thrive, including some regional platforms, such as Daminwang in Fuzhou, and Jingdong 360buy.com. Jingdong holds roughly 15 percent of the B2C market. It is primarily focused on electronic items, and is currently the ‘3C’ e-commerce sales leader in China (computer, communications, and consumer electronics).

According to recent surveys by YouGov and the International Trade Monitor, more than half of SMEs in the UK expect to be exporting overseas by 2016 and 25 per cent of those identify China as their primary target for growth.

China’s e-commerce market is the largest in the world and internet use is already widely prevalent, continuing to expand with big investment from the government.

These online marketplaces are responsible for 90 per cent of e-commerce sales, and the Tmall and Taobao sites account for 80 per cent of all transactions. They’re a great place for SMEs to start selling products.

Mobile internet is extremely popular there too, with over 500m Smartphone internet users, over 55 per cent of whom have paid a mobile payment; only 12 per cent have done this in the USA. With mobile usage expanding into rural areas as well, there’s a huge active market ready and waiting.

The emerging middle class is indicative of this market. They spend a lot of time online and are happy to make their purchases there. With a desire for high quality, luxury foreign items and a strong preference for authentic products compared with local counterfeit goods, they provide the perfect opportunity for targeting by UK businesses.

Of course, there are lots of barriers and hurdles which need to be overcome before you can even begin to try and turn a profit in China.

Despite the Chinese middle class preference for higher end luxury goods, those in smaller cities and rural areas will still hunt online for the best deals and the lowest prices. Local producers drive a hard bargain which even behemoths like Wal-Mart can’t undercut, so you’ll need to ensure quality beats price.

The language barrier is a big one and shouldn’t be underestimated. There are many regional dialects and local variations which need to be accounted for, so writing translated content for a website can turn into a costly venture.

The buying culture differs in China too. Assisted sales account for over 70% of online transactions, so it’s not simply a case of developing a website and then just letting it sell. You’ll likely need to have local sales associates online and be able to offer help and advice to prospective buyers.

And you need to make sure you meet all the legal requirements. To establish a physical market presence, you’ll need to have a FICE (foreign-invested commercial enterprise) or WFOE (wholly foreign-owned enterprise) to get a business license. And to have a Chinese website, you’ll need an Internet Content Provider (ICP) license; registration is a lengthy process.

Whilst there is a lot of potential for SMEs here, given the ever-changing political and economic environments in the country, stability can sometimes be an issue; a return on investment is by no means guaranteed.

The best route for SMEs into the Chinese economy is through marketplaces. As previously mentioned, they dominate the ecommerce industry in China, and Alibaba’s Tmall Global is designed specifically to help foreign retailers sell products in the country.

Although there are commission costs and annual fees to bear in mind, selling through a marketplace like this makes reaching Chinese consumers a lot easier, and reduces the risks of breaking into a new country.

Wed Nov 7 , 2018
Definition / Scope The Demographic, Epidemiological and Economic shifts are transforming the Pharmaceutical Market. The population is growing and aging; new areas of Medical and Healthcare are emerging; the new set of diseases and medical conditions due Environmental Changes, Global Warming, Mutated forms of old diseases, chronic condition, due to life style and many more are Soaring. […] 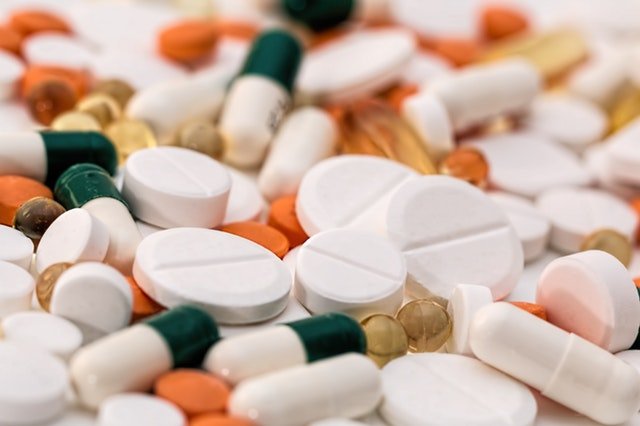