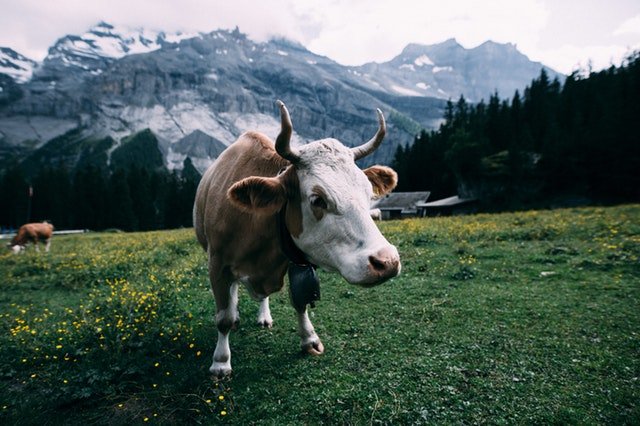 Sustainable growth in the dairy industry is the main motto of Saudi Arabia. It has joined hands with corporate to work together and make a better world.

Saudi Arabia is known to be the second largest oil exporting countries in the world. The geography of Saudi Arabia is diverse with deserts, grasslands, mountain ranges and forests. The climate also varies with diversity from one region to another.

Temperatures reaches to a high of 110 Fahrenheit in the desert region of the country while the temperature in the north and central parts reaches below freezing point. The region receives less rainfall due to which there the country faces shortage of water from natural resources.

Saudi Arabia is known as the free market economy. The kingdom produces industrial goods and exports it to different parts of the globe. The government plays an important role in the development for the economic development.

It undertakes various initiatives for the improvement of the industrial development. The government also looks into the development of agriculture, finance, communications and infrastructure.

The government evaluates the performance of the non -oil sectors every 25 years to ensure that the country is not completely dependent on oil exports. In 2005, Saudi Arabia became a part of WTO to increase its reach to different parts of the world.

Government role in the development of industries

The government understood the importance of local companies to emerge from the country to provide more opportunities and development of various industries. Providing loans at affordable interest rate to the domestic entrepreneurs for setting up business in the region. Government tenders are given highest priority to the local players.

In order to improve its technology, the government provides incentives to the foreign companies for knowledge transfer in the country. Infrastructure, opportunity, growth, investment and favor able economic conditions led to the increase of business in the country over the years.

Foreign companies also started investment in the country across different verticals of business.

The public and the private companies in Saudi Arabia are known for making huge investments across various verticals of business capturing the market demand. This companies contribute to the development of the country and also provide employment to the people.

Today’s population is updated with the global trends in the market and adapted the taste and preferences of consumption of the domestic as well as the international market.

Saudi Arabia’s population is 27 million including 8.4 million foreign residents. The population of Saudi Arabia seemed to be young.

The below data shows the consumer spending of the population at every levels of income.

The above diagram suggests that there is gradual increase in the spending of people independent on the economic condition. It’s a strong indication of consumer purchasing power which is supported by urbanization.

Poultry meat and associated products has seen multiple folds of growth in the consumption. The government wants the country to become self-sufficient in the broiler production giving revenues to the local domestic poultry farmers and integrator. The government is providing different subsidies to the feed producers as well as interest free loans for expansion.

The above diagram shows the increasing consumption of poultry over the years. Consumers prefer to have whole broiler for consumption. The demand is always supported by increase in the imports of poultry. The production of the poultry has been inconsistent because of factors like disease, climate which has badly affected the industry.

Saudi’s like to try new products and susceptible to the Western trends, Dairy industry has taken a drastic change in the taste and preference of the dairy products.

Looking at the market potential dairy industry have taken world class projects which is supported by advanced technologies, highest bio-security standards and import of best breed of milking cows across the globe. Since Saudi is known for high temperature and dry climate, different companies have established cattle friendly environment for maximum output of milk from the cows.

According the report noted by SG- Agencies consumers in Saudi Arabia are preferring to have healthier foods which include milk as one of the constituent for day- to – day consumption.

Over four decades the consumption of dairy has changed, from only consumption of milk to milk products like cheese, processed yogurt, low calorie butter, cream and many more. Milk has been the most preferred choice as the countries is not producer of commodities. Milk is considered to be the high nutritional food by the people.

The per capita consumption of milk is 44.6 kg and is growing at the rate of 6% per annum. 62% of market is dominated by ambient milk followed by 38% of fresh milk. Better infrastructure, cold storage and increase in the retail store has led to the easy accessibility of dairy products across the region.

Almarai dominates the fresh milk market with 46 per cent followed by 21 per cent by Al Safi Danone, Nada Dairy at 13 per cent and Nadec at 9 per cent with others making up the remaining 11 per cent.

Easy packaging, marketing, healthy products and accessibility has made it possible for increase in the dairy products. Super markets have played a vital role in the display of dairy products for the consumers. This companies produces milk and milk products supplying to the domestic market and also to the international market.

The dairy products of this companies have created loyal customers across the globe. Trade shows are conducted in the country for the knowledge transfer of technology for the development of the dairy industry.

Energy Efficiency Market In the US

Tue Nov 13 , 2018
Research says that 50% of residential and commercial energy use could be cut down. Twenty four states in an initiative have implemented energy efficiency resource standards which mandate reduction in energy usage by at least 2.5% Definition / Scope The answer to what is Energy Efficiency? – It is a way of […]