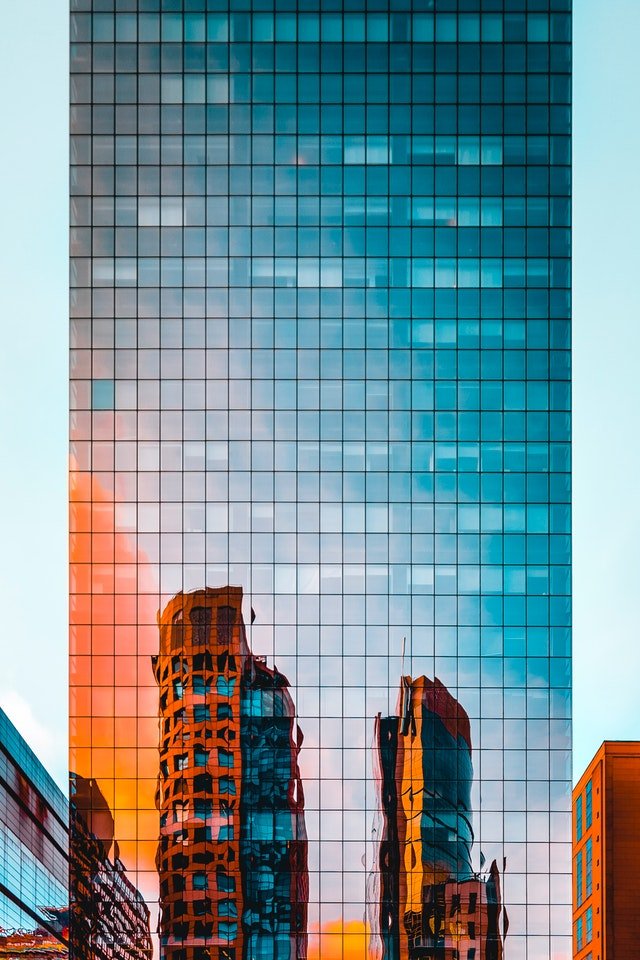 The commercial banking in UK is highly dependent upon the macroeconomic factors. Specifically, quality of consumer credit and core base rates essential factors. In the medium-term a steady economic revival and a slow improvement in credit quality are most likely.

This fact states that the growth and contribution of the industry within the country is to stay for longer time.

The commercial banking in UK is highly dependent upon the macroeconomic factors. Specifically, quality of consumer credit and core base rates essential factors. In the medium-term a steady economic revival and a slow improvement in credit quality are most likely.

Similarly, medium-term interest rises are expected to open doors to current account and savings profitability, which have been worn out since the financial crisis.Thus the overall scope of the industry looks promising.

The UK commercial banking industry is currently at a verge to transform. It is not only challenged by most record regulatory pressures ever in the history but also with the requirement of innovative digital technologies and intensively growing competition from non-bank players.

However, the industry is quite profitable, to be specific most attractive comparatively to other markets in EU region. The core returns in the commercial banks of UK is high and stable comparing to other countries and also in standard of other industries within the financial sector. Most of the retail banks in UK are providing up to 20% return on equity. Regarding the retention of consumers, the retail banks in UK have a consumers highly committed to their services.

As per survey conducted among consumers of commercial banks 57% stated that they have been staying with their main bank for more than 11 years. However, digitization and technology use by non-bank players to cater to consumer needs efficiently has also drawn people to opt for banking related services but trust is the issue as people in UK trust banks more than the upcoming non-bank firms.

In the UK banking landscape, products such as savings, cards and loans are expected to become digital products by 2020. The sales through digital channel of these products are going to reach levels up to 50%. However, current account and mortgages are going to remain as face to face products. Also the profit potential and regulation is increasing competition within the sector.

For instance, growth of supermarket banks, fin-tech and specialty banks has led to significant increase in competition. Another trend is that the senior executives of UK’s retail banks are being continuously replaced by new teams and leaders looking to initiate change in the business models which is focused on digital drive and cost management.

Since, the commercial banking sector of UK is facing number of problems like regulatory compliance costs, IT transformation, splitting of the division of investment banking from retail etc. In amidst all these, robotic process automation & artificial intelligence are the new trends that could save costs and increase efficiency of the banks. The robotic automation is being researched and banks are looking forward to invest in this technology.

The new workforce will also be trained to operate these artificial intelligence tools and banks have huge opportunity to gain competitive advantage by leveraging into these technologies which will also make the banking products unique and help provide personalized solution to customers.

The term open banking is becoming popular more than ever among banks in UK. This new banking environment is expected to lower barriers to entry and also strengthen the distribution of financial services among the people. At present, 79% of the banking institutions regard open banking as an opportunity and 68% are already in a readiness stage to invest in 68% in an API platform.

The opportunity is huge as the banks cannot neglect this trend or else they could be easily sidelined from the competition. The trend is also likely to bring opportunities of providing banking services without the traditional brick and mortar system of operation. It also creates other opportunities such it helps to tackle competition coming from non-banking entities and also enter into the arena of non-banking services.

At present there are several factors that has contributed in driving the commercial banking sector to a more positive stance and these are:

As per a survey conducted among the traditional banks involved directly in retail banking space in UK, the biggest barriers for these institutions to prosper was regulatory requirements followed by consumer dissatisfaction and competition. Other barriers included lack of cyber security and proper data management. The regulatory compliance are vital for strengthening the entire sector.

However, the customer dissatisfaction and competition are more important issues that has to be solved and they can be resolved by technological adoption for creating seamless experience for customers and collaboration model to beat competition but there are obstacles existing in this path as well and they are:

The commercial banking industry in UK at present has transitioned into a new landscape where there are number of emerging players such as fin-tech companies offering banking related services, payment operators, digitally led banks, supermarket banks and specialty.

These new non-banking players are emerging and becoming highly competitive, they are active and could further extend their services into retail banking. The risk is that the new challenger banks may take the market share from the traditional banks. As of 2015, the total profits of these emerging players in the industry was recorded at 194 million euros and the big five banks saw a drop of 5.6 billion euros.

These new players have a number of competitive advantage for instance, they are more customer-centric, and they have agile approach to technology and are creative minded. Commercial banks have the challenge to build a new business model whereby they can usher their investments into technology and unique value offering to consumers. The physical branch networks of the banks are number one cause for the recurring costs every year.

Thus, a leading economic research agency predicts that the costs need to reduce as much as 30-40% if the banks desire to stay in competition. The approach they need to adopt is a lean structure and drive efficiency through use of advance technologies and data analytics. Thus, the biggest challenge for the traditional commercial banks is to sustain their market position and re-establish their value proposition in the mind of consumers.

Some of the technology trends that is reshaping the commercial banking industry of UK are follows:

The open banking is the new term within the banking arena in UK and in the entire European region. The mechanism allows the banks to open up the way to new products and services that will assist customers and SMEs to get better deals. It is just a means whereby consumer can make most of the financial products where banks also fall under the scope.

The financial products within the European region can be accessed and chosen through cross-country operations however complying with the rules and regulations of the particular country. This new trend within the banking sector is expected to bring forth competition and expose consumers to wide range of products to choose from. It will facilitate direct payments, online access of various banking related services, e-shopping through banking channel and overall the open banking revolution will change the world of finance and money.

Thus, the balance between the regulatory implementation and technological change is going to transform the entire landscape of retail banking in UK.

Besides regulatory changes IT is another significant factor for transformation of the banking system in the retail banks of UK. The major IT spending priorities have been set by banks to spend in near future.

Among the various technologies, core banking system was given the top priority at 23% followed by investment in internet channels was prioritized by 18% of the banks and the most emphasis was given to API and open banking system adoption which went up to 8% from previous year’s 1%.

Overall, among all the surveyed banks 68% denoted that they has an increased budget allocation for IT investment and the future of retail banking in UK is going to be re-shaped and transformed through this trend.

By 2020 the major services & product distribution channel will be mobile and online banking for the retail banks. In 2015, the mobile banking interactions was recorded at 895 million and by 2020 it is foretasted to reach over 2 billion.

The new digital landscape of the commercial banks in the country is driven by the IT infrastructure and talented resources which can leverage into the new technologies to create seamless services for the consumers of the bank.

The branch networks of the banks are likely to go further down 186 million and it is likely to further increase in long term. The branch is not entirely gone but it will rather transform into a place where it latest technology, information and higher value products of banking will be present. It would also be an crucial channel to connect un-banked areas of the country.

Some of the competitive trends that the commercial banking industry of UK is facing at present are follows:

The top commercial banks according to net income and assets in UK are follows:

As the commercial banking is one of the most important and evolved industry in UK. The dynamics of the industry is however changing and requires banks to shift from traditional business operating ways to develop an entirely new model to address to these changes.

The changes are for instance, demand for personalized services by the consumers, regulatory requirements are progressing and the most significant change is the technological revolution. Thus, to remain in the competition and drive growth of the industry the players must innovate both product offering and processes, focus on reducing costs and achieve operational efficiency, invest in upcoming technologies and identify customer trends in retail banking.

The future of commercial banking within the country depends upon how fast the banks will realize the need to transition into a new landscape and leverage technology and innovation to make fortunes.

Sat Dec 8 , 2018
The contribution of travel and tourism to GDP for Sri Lanka was 11.6 per cent in the year 2017. Travel and Tourism generated US$7.6 trillion and 292 million jobs in 2016, equivalent to 1 in 10 jobs in the global economy. Definition / Scope Market Overview Top Market Opportunities Market […] 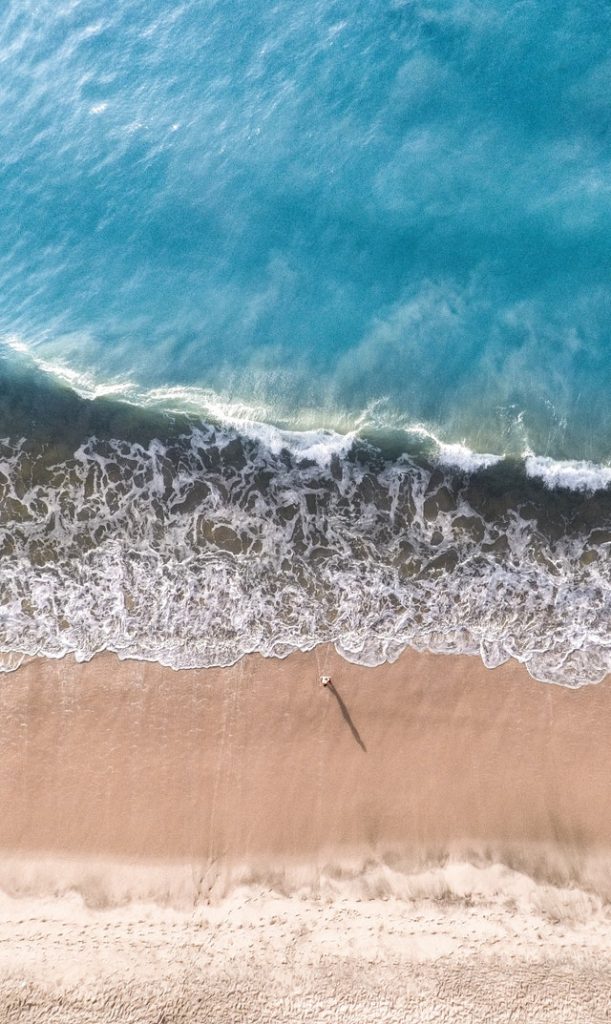